The Archive contains all the posts from before the collapse. Users can rescue posts by crossposting from the archive to earn rewards.

cornpone in the "other" pile 10 years ago 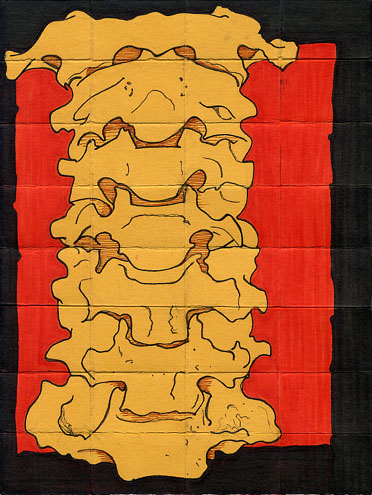 As seen on Chatter
Posted by

Serisan in the "other" pile 10 years ago
AB> bu?
FuzzyDave> thank you AB for fulfilling my prophesy that you'd say "bu" on hallowe'en
Serisan> Thank you FD for fulfilling my prophecy that you'd have a fulfilled prophecy regarding AB saying "bu" on hallowe'en.
FuzzyDave> Thank you serisan for including me in your prophesies
Serisan> Just keepin' the prophesying business honest.
0 Comments

Mac in government 10 years ago
We thought cash for clunkers was the ultimate waste of taxpayer money, but as usual we were too optimistic. Thanks to the federal tax credit to buy high-mileage cars that was part of President Obama's stimulus plan, Uncle Sam is now paying Americans to buy that great necessity of modern life, the golf cart.

The federal credit provides from $4,200 to $5,500 for the purchase of an electric vehicle, and when it is combined with similar incentive plans in many states the tax credits can pay for nearly the entire cost of a golf cart.
1 Comments

j d ess in the "other" pile 10 years ago
In Defense of Sexy Pirates, Sexy Nuns, and Sexy Cadavers
0 Comments

In Lies We Trust
Posted by

crataegus in crackpots, kooks & tinfoil 10 years ago
U.S. Government agencies are conducting a genocidal campaign against Americans according to a leading public health and intelligence agency analyst, Dr. Leonard G. Horowitz. His new documentary, In Lies We Trust: The CIA, Hollywood & Bioterrorism, exposes the corporations and politicians advancing the “War on Terror” as American traitors manipulating, maiming, and killing millions of unwitting citizens.


In an urgent life-saving plea for sanity in the administration of domestic policies in the “War on Terror,” Dr. Horowitz, a Harvard-trained, internationally-acclaimed, humanitarian has gifted this production, free of copyright restrictions, to the American people as a last ditch effort to awaken the nation to what amounts to genocide—the mass killing, fear mongering, and pharmaceutical enslaving of people for profit.
1 Comments

cornpone in the "other" pile 10 years ago 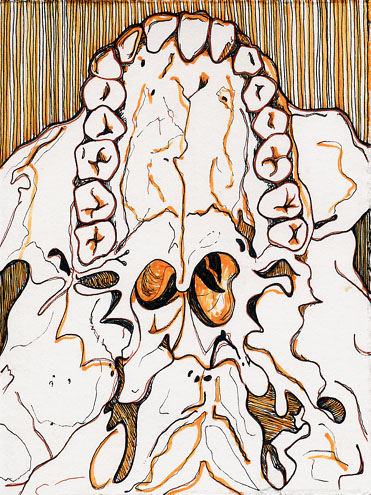 The Dystonia Flu-Shot Case
Posted by

crataegus in health 10 years ago
It's not lupus dystonia.

At this time there are two slow panics spreading through the community – fear of the H1N1 “swine” flu pandemic, and fear of the vaccine to prevent H1N1 flu. Regarding the pandemic itself – this is a real threat, it is just not known at this time how severe it will turn out to be. So far it is looking like another seasonal flu in severity, but with some different features, such as a greater tendency to severely affect otherwise healthy individuals.

The panic over the vaccine, however, is entirely manufactured, primarily by dedicated conspiracy theorists and anti-vaccinationists, and then aided by irresponsible media. There have been two stories in particular about alleged severe reactions following vaccines recently, one dealing with the HPV vaccine and the recent cased of what is being called dystonia following the seasonal flu vaccine. The young girl who died within hours of getting the HPV vaccine was found to have a heart defect, and her death had nothing to do with the vaccine, so that story was rather short-lived.

The new case making the rounds, however, appears to have some legs. It is getting international news attention, and I am being flooded with e-mail requests to analyze the case.
3 Comments

FoolProof in blinded by science 10 years ago
Sharklet Technologies, a Florida-based biotech company, has figured out a way to capitalize on shark skin - specifically on the way parasites and bacteria can't stick to sharks. The trick is in the pattern of the skin's surface.

LinusMines in it's the arts 10 years ago
A wearable conditioning device that detects if you're smiling and provides pain feedback if you're not. Frowning creates intense pain but a full smile leaves you pain free!

An enclosed bend sensor attaches to the cheek and measures smile size, a servo motor moves a metal spike into the head inversely proportional to the degree of smile. Through repeated use of this conditioning device you can train your brain to smile all the time. The device runs on Arduino...

FoolProof in it's the arts 10 years ago
I've spent half of my boring day in the office looking for the best rage threads and made this collection. I'd love to credit authors but most of them seem to be... anonymous.
8 Comments

When I was your age, I always did it for half an hour a day.
Posted by

Dyskolos in the "other" pile 10 years ago

Why, sometimes I've believed as many as six impossible things before breakfast.

johnny2000 in history 10 years ago
The memoirs of one of Adolf Hitler's closest aides could shed new light on the Nazi leader's personal involvement in the Holocaust, media reports say.

Fritz Darges, who has died aged 96, was a member of Hitler's inner circle for four years of the war.

As Hitler's last SS adjutant, he was present for all major conferences, the UK's Daily Telegraph reported.

(always ask myself why such f*cktards live for such a long time ...)
1 Comments

Video gamers to play for 'real'
Posted by

johnny2000 in fun & games 10 years ago
Gamers could be joining in a real televised sporting event from their homes early in 2010.
Real Time Race has been developing a system that places players side-by-side with the drivers in real races.
The firm's technology would map the circuit just before the race so the virtual track would match up to the one on TV.
The video recording of the track would then be manipulated by the gamer during live coverage.
This data would then be streamed to the player's computer or straight to a television via the internet.
"We can put you in your own car, within real TV coverage of a real race, and in real time against the professionals," said Chris Leigh, the company's head.
0 Comments

Mac in government 10 years ago
The House speaker, Nancy Pelosi of California, on Thursday unveiled a $894 billion health care package that would provide insurance to up to 36 million people by broadly expanding Medicaid, the state-federal insurance program for the poor, and by offering subsidies to moderate-income Americans to buy insurance either from private carriers or a new government-run plan.

Link goes to searchable version of the bill.
3 Comments

The Redemption Of Billy Cannon
Posted by

spoon in history 10 years ago
The prison dentist walks slowly down the gravel road past the warden's house. He is stooped, with a big belly, two white tufts of hair and a bald spot. He's got a bulbous nose and a creak in his step. But look closer. There are still pieces of the man he used to be. He moves with a subtle feline grace. He's got the deepest blue eyes, familiar somehow, like an old photograph. They seem to only absorb information, never giving anything away. He's alone, carefully making his way from the party to his white Ford truck. He's been on display long enough.

Cando 99-30 offers bounties for rescuing posts from the linkFilter archive.

Crosspost 5 posts from The Archive

Crosspost 3 posts from the "vices" sector